Automobiles Peugeot tells us that it has now fulfilled a commitment it made in November 2015 when it announced its intention to deliver transparency to customers through the publishing of real world fuel consumption data for its cars, starting this spring of 2016. 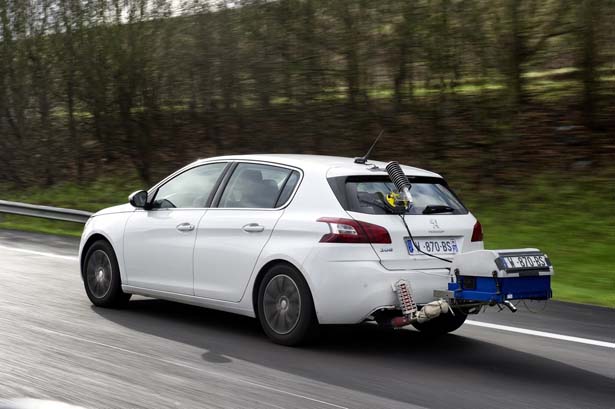 Releasing data for a popular Peugeot 308 model, the real world consumption results come from a test procedure that has been established with participation also from Transport & Environment (T&E) and France Nature Environment (FNE), further verified by the results from independent customer surveys.
The final results are audited by Bureau Veritas. This initiative is a world first in the automotive industry. Before summer 2016, Peugeot will release official real-world fuel consumption figures for 30 more Peugeot models.

In November 2015, with media coverage casting a cloud over the automotive industry, Peugeot’s parent company, the PSA Group, decided to take a unique approach by publishing real-world fuel consumption data for its cars. The PSA Group is the first to adopt such an approach and is today publishing a real world fuel consumption metric for a Peugeot 308 model: the Peugeot 308 was the company’s best-selling model range in 2015, voted European Car of the Year 2014 and 2015 Irish Compact Car of the Year.

The real life measurements were made under a programme developed with the NGO Transport & Environment, on public roads near Paris (25.5 km urban, 39.7 km extra-urban, and 31.1 km motorway) and under real-life driving conditions, notably with passenger and luggage loads, road gradients, and use of air-conditioning systems.

Based on the European Union’s Real Driving Emissions (RDE) project, the protocol measures fuel consumption by means of a portable emissions measurement system (PEMS), installed on the vehicle. Bureau Veritas, an independent and internationally respected body, has audited the process to ensure that the results are accurate and reliable.

The initial measurements are comparable to those made by customers obtained from independent customer surveys. They show that the procedure conducted with Transport &
Environment is scientifically robust and representative of a typical driver.
– Vehicles tested: PEUGEOT 308 1.6l BlueHDi 120 S&S BVM6 Allure
– Consumption measured under the protocol (l/100km): 5.0 (56 mpg)
– Consumption measured via customer surveys (l/100km): 5.0/ 5.1 (56/55 mpg)

Gilles Le Borgne, PSA Executive Vice-President, Research & Development, said: “As announced in late 2015, after working with Transport & Environment, France Nature Environment and Bureau Veritas, the procedure has now been validated and the initial results are consistent with customer-reported consumption data”.

Peugeot and the PSA Group remind us that it is the European leader for low-carbon emissions. Confident in its technologies, the Group is anticipating future testing standards and calling for the introduction of a worldwide harmonised Light vehicles Test Procedures (WLTP), which will better reflect real-world driving conditions.